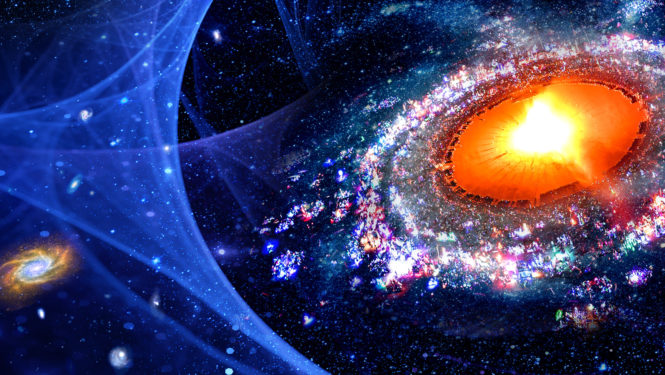 The 2020 Black Rock City event theme explores the quantum kaleidoscope of possibility, the infinite realities of the multiverse, and our own superpositioning as actors and observers in the cosmic Cacophony of resonant strings. It’s an invitation to ponder the real, the surreal and the pataphysical, and a chance to encounter our alternate selves who may have followed, or are following, or will follow different decision-paths to divergent Black Rock City realities. Welcome to the Multiverse!

In the Wonderland of quantum mechanics, the tiny particles we are all made from exhibit strange and paradoxical behaviors. Quantum entanglement, first described in the 1930s, describes the ability of two entangled particles to behave identically even at great distances, and for one to react to a stimulus applied to the other, what Einstein called “spooky action at a distance.” The idea of quantum superposition is even spookier: the fact that something can exist in multiple potential states until it is observed, at which point it becomes either this or that, here or there, alive or not alive. As the joke goes, “Schrodinger’s cat walks into a bar. And it doesn’t.” The phenomenon has been well-documented, but how it actually works remains the subject of wild speculation. In one interpretation, the act of observation collapses the waves of possibility into one reality and the others instantly vanish. But there’s another explanation, called the Many Worlds theory, where all the possible choices continue to exist simultaneously as separate branches of reality, each one as real as the next.

Only one of these paths may seem real to any particular observer, but what is “real” anyway? How can we know what is real? We’ve known since the days of Plato that our senses provide an imperfect simulation of the real. Take vision, for instance: a limited portion of the light spectrum is taken in by a pair of analog processors, producing electrical signals that are filtered, inverted, converted to 3-D, and projected inside the brain. And somehow this projection system works just fine when our eyes are shut, dreaming in REM sleep. There are some who believe that this dream-time is actually the real world, and that waking life is not. This resonates with the ancient idea of the cosmic lotus dream, in which the sleeping Brahma dreams us all. And in modern theoretical physics, the study of black holes has led some to the holographic universe theory, which posits that everything we perceive as material, including ourselves, might in fact be a 3-D projection of a 2-D reality, in which information is the only “real” quantity and the rest is just a cosmic deep-fake.

What will you be in the Multiverse of Burning Man 2020? Will your reality be augmented, bifurcated, or omnidimensional? What dream-worlds will you step sideways into, and who will you be when you get there? Only time will tell. Or has told. Or is telling. 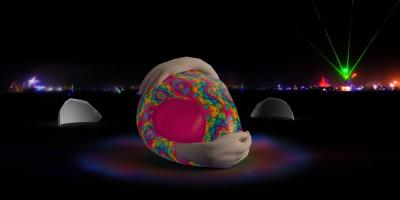 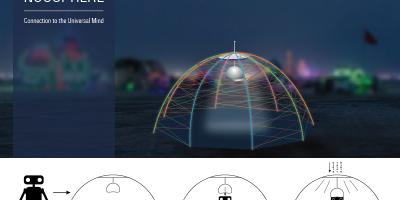 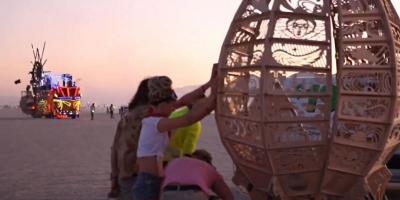